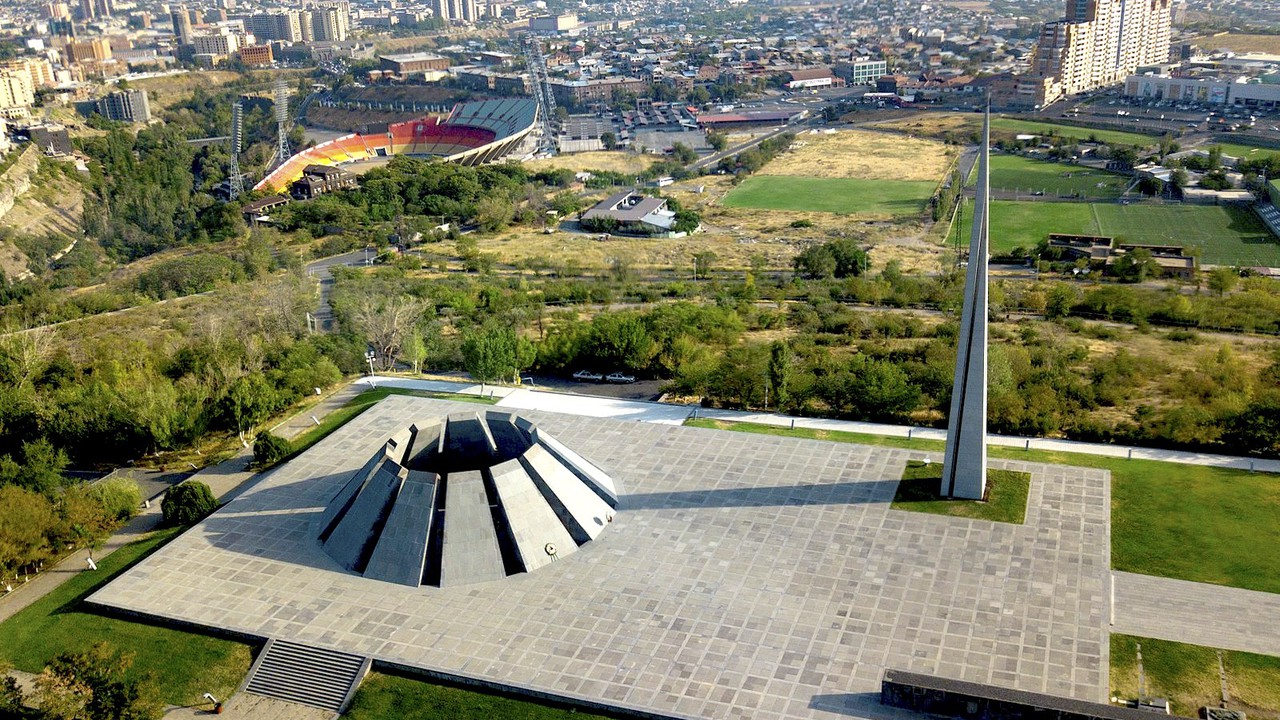 The Armenian Genocide Memorial complex is considered to be one of the most visited places in Yerevan both by tourists and our compatriots from all over the world.

The memorial was built on Tsitsernakaberd Hill, which symbolizes the memory of the 1.5 million Armenians who died during the first genocide of the 20th century committed by the Turkish government.

According to the legend, the name “Tsitsernakaberd” was derived from the swallows who lived there. The temple of Astghik, which was the goddess of love in Armenian mythology, was located instead of that place, and the swallows which were resided upstairs acted as her messengers to her beloved God Vahagn.

The memorial is an integral part of modern Yerevan architecture. Being located on a hill, separated from the general landscape, it is in harmony with the surroundings, and the simple outlines of the structure convey the spirit of a nation saved from extinction.

The complex occupies an area of 4500 sq. meters and consists of three main elements: the Memorial Wall, the Sanctuary of Eternity (Memorial Hall and Eternal Flame), and the Memorial Column “Reborn Armenia”. The author is sculptor Van Khachatryan, the architect is Arthur Tarkhanyan, co-authored by Sashur Kalashyan.

The memorial was built at a record speed in two and a half years, the solemn opening ceremony took place on November 29, 1967. The Memorial Hall is a 30 m diameter basalt with 12 bent and arranged in circle pillars.

And since the pain of loss is still alive in the heart of every Armenian, like an incurable wound, the eternal flame burns dedicated to the victims of the Armenian Genocide.

The pillars connect the stairs, which go down to the hall from all sides. Opposite the Memorial Hall is a 44-meter-high ridged, rising pillar, which marks the will and rebirth of Armenians and Armenia. To reach the central part of the complex, visitors pass by a 100-meter-long basalt mourning memorial wall, on which are engraved the names of more than fifty large and small  Armenian cities, where the process of massacre and deportation of Armenians were organized.

Since 1996 at the end of the wall, there are jars full of soil, which were taken from the graves of foreign public figures, politicians, and intellectuals, who raised their voices in protest against the Armenian Genocide committed by the Turks.

1988-1990 Khachkars (cross-stones) were erected near the Armenian Genocide Memorial in memory of the Armenians who were killed in massacres organized by the Azerbaijani government in the cities of Azerbaijani (Sumgait, Kirovabad (Gandzak) and Baku).

1990-1992 The body remains of killed heroes of the first Armenian-Azerbaijani conflict were kept next to the memorial wall.

In 1995, on the 80th anniversary of the Armenian Genocide, an underground museum was opened in Tsitsernakaberd, where the 1915 horrific history of crimes committed against Armenians is presented.

There you can also see a number of photos and publishing houses of German photographers, including Armin Wegner. According to the accepted protocol, high-ranking foreign officials visit the park near the museum and plant nominal trees dedicated to the memory of the Genocide victims.

The memorial has become a place of pilgrimage and every year, on April 24, hundreds of thousands of Armenian and foreign visitors, official delegations from around the world visit the Armenian Genocide Memorial to pay their respects to the memory of the innocent victims. 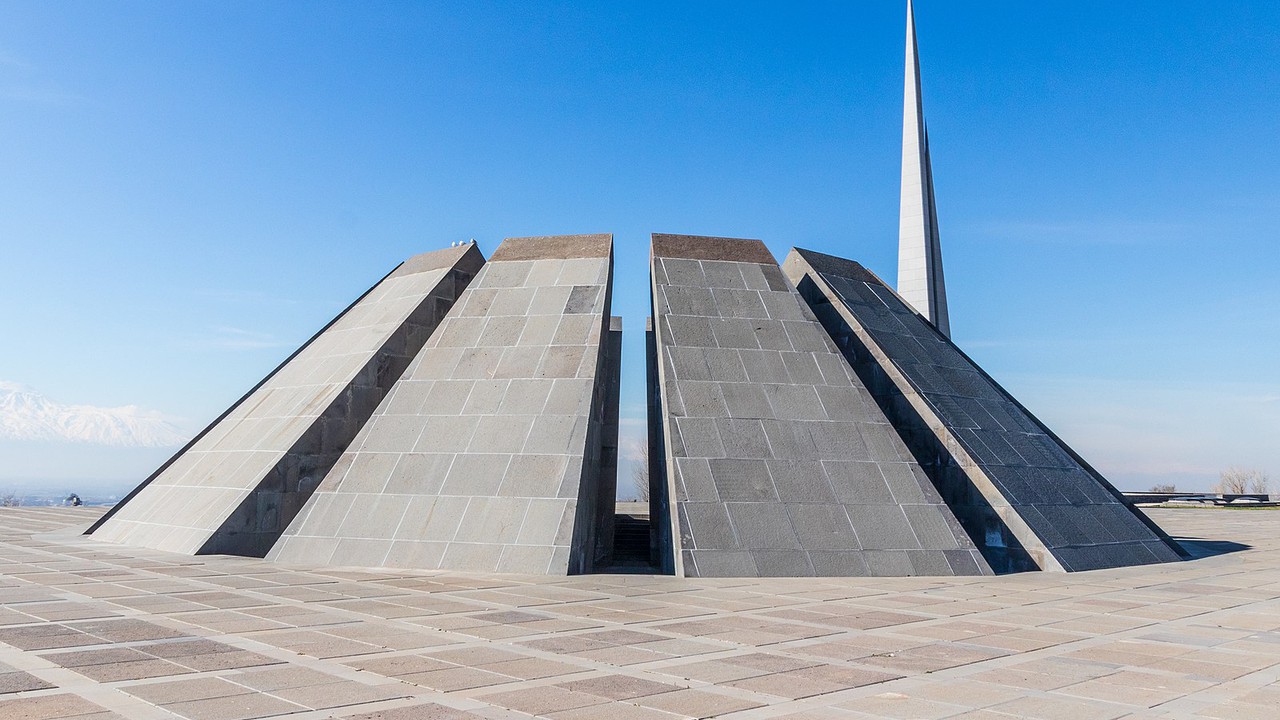 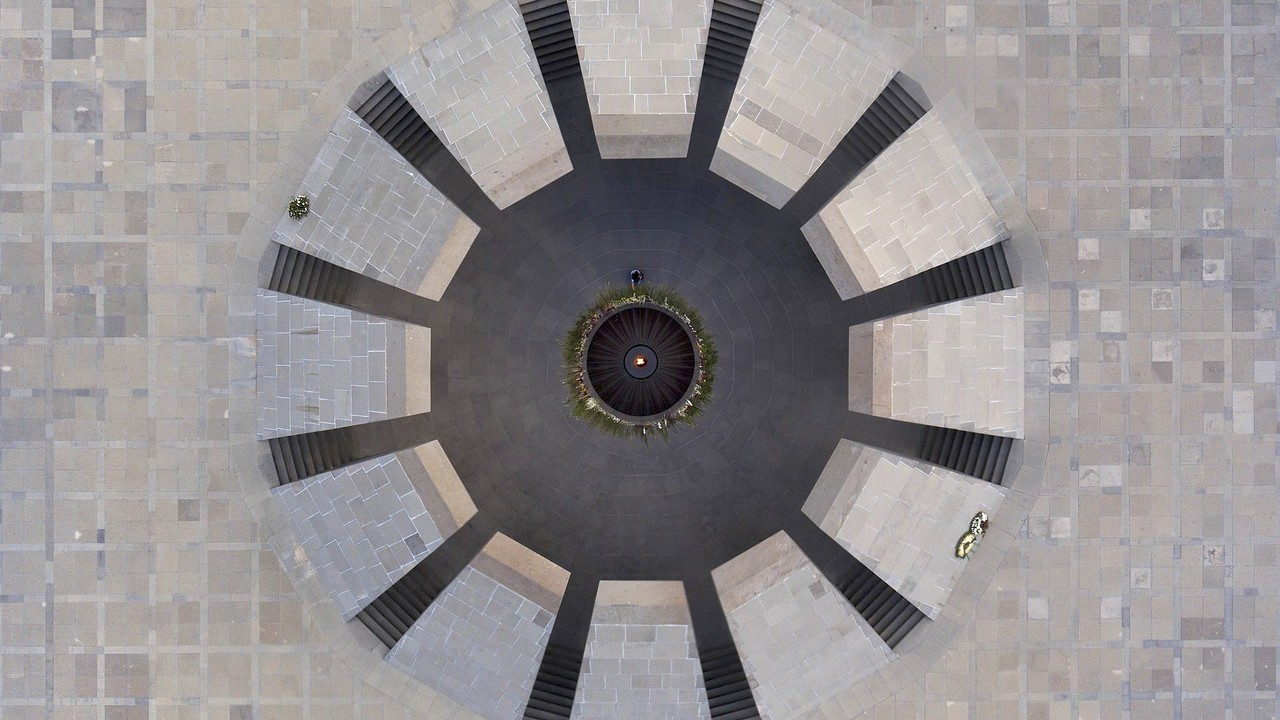 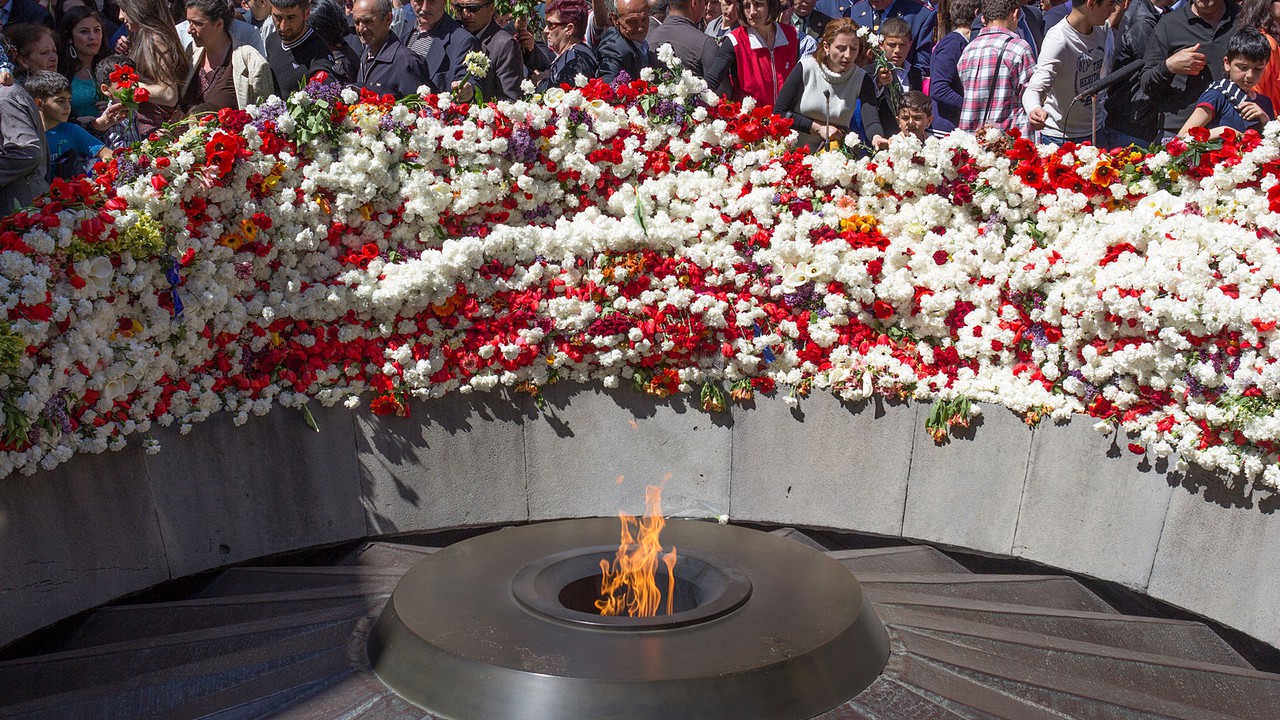 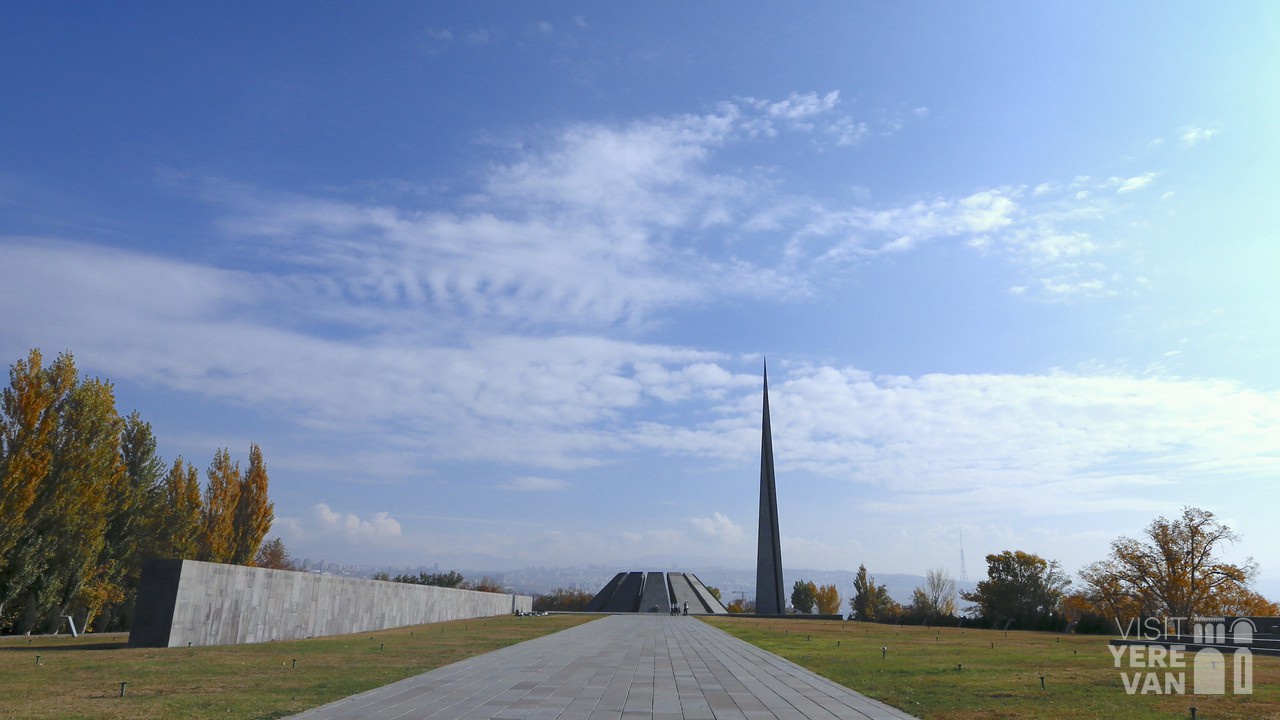 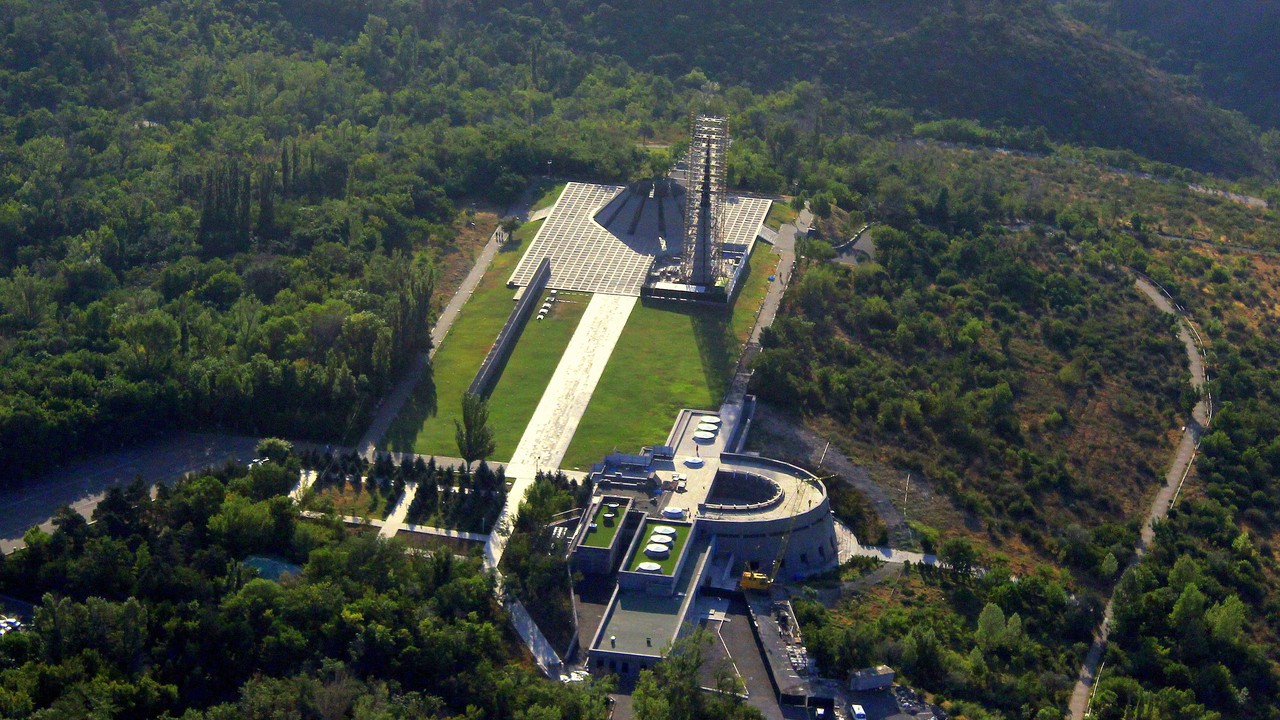 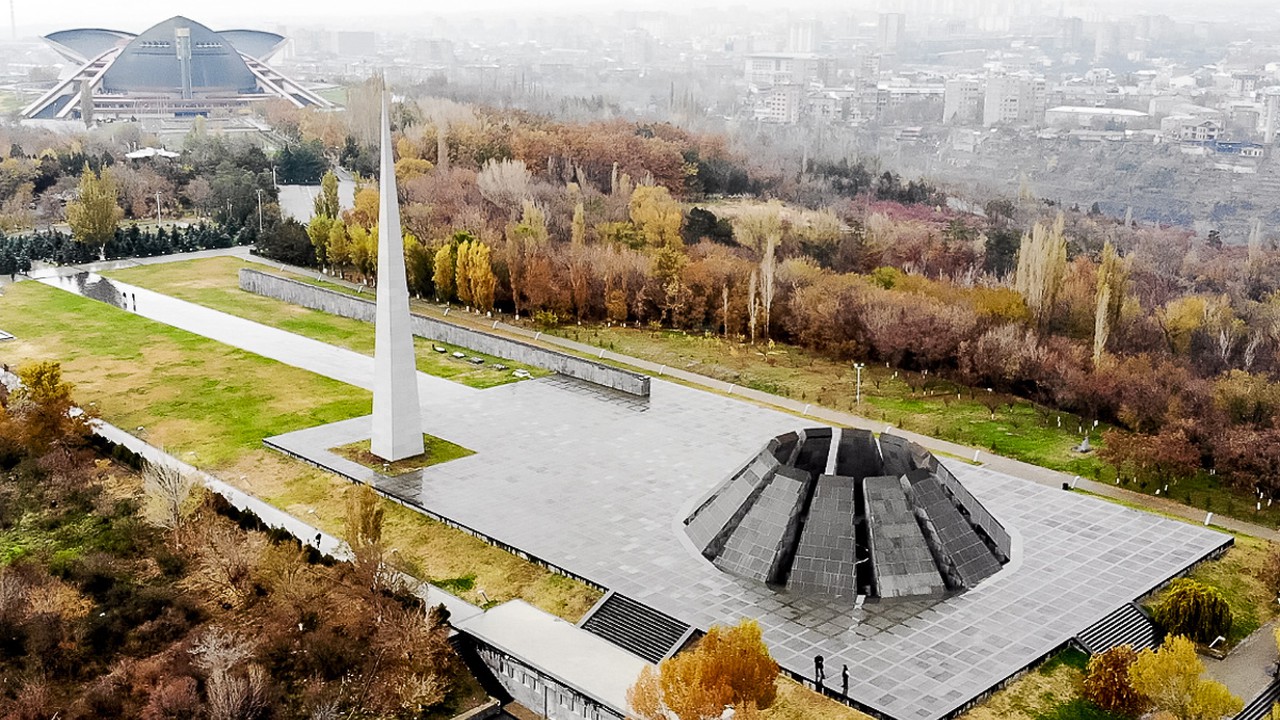 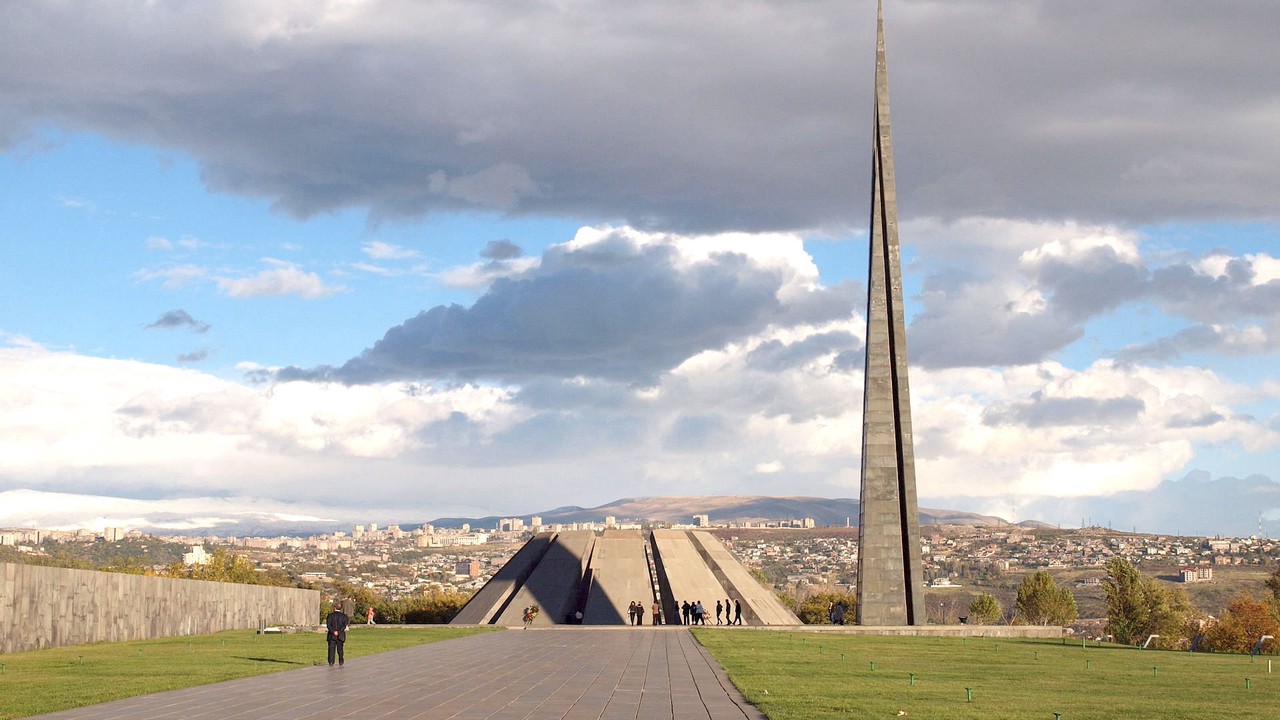 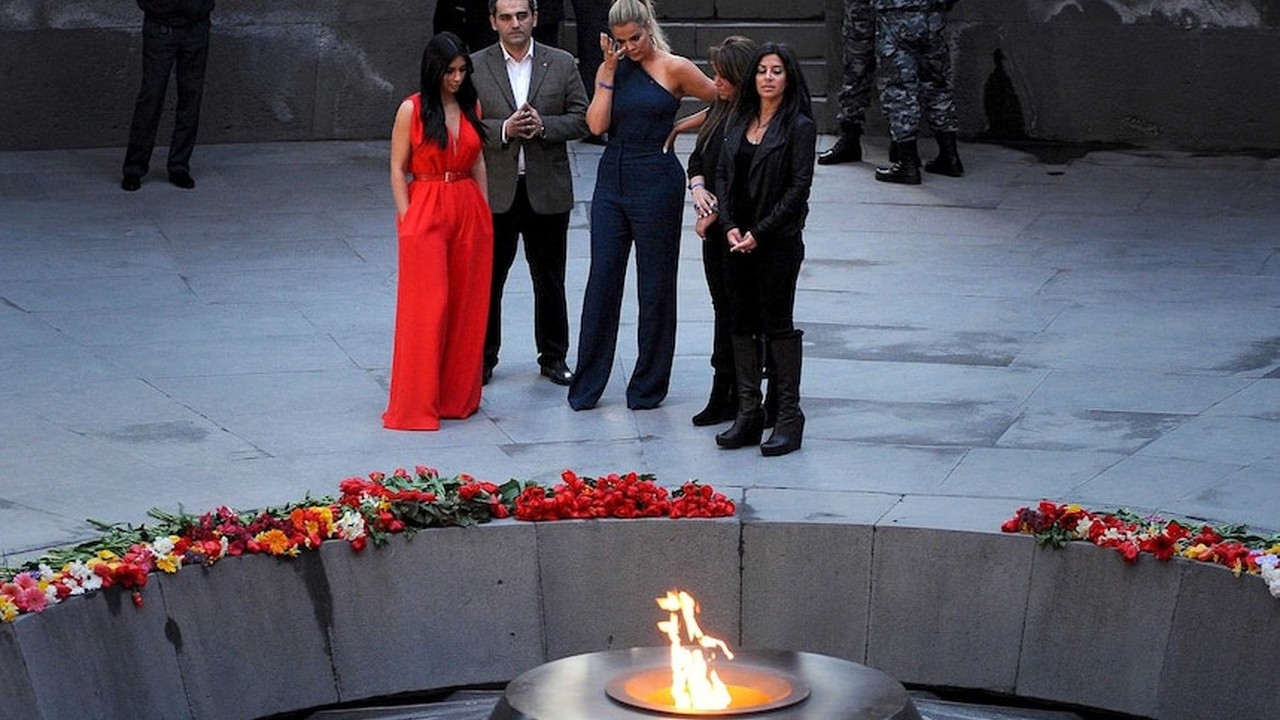 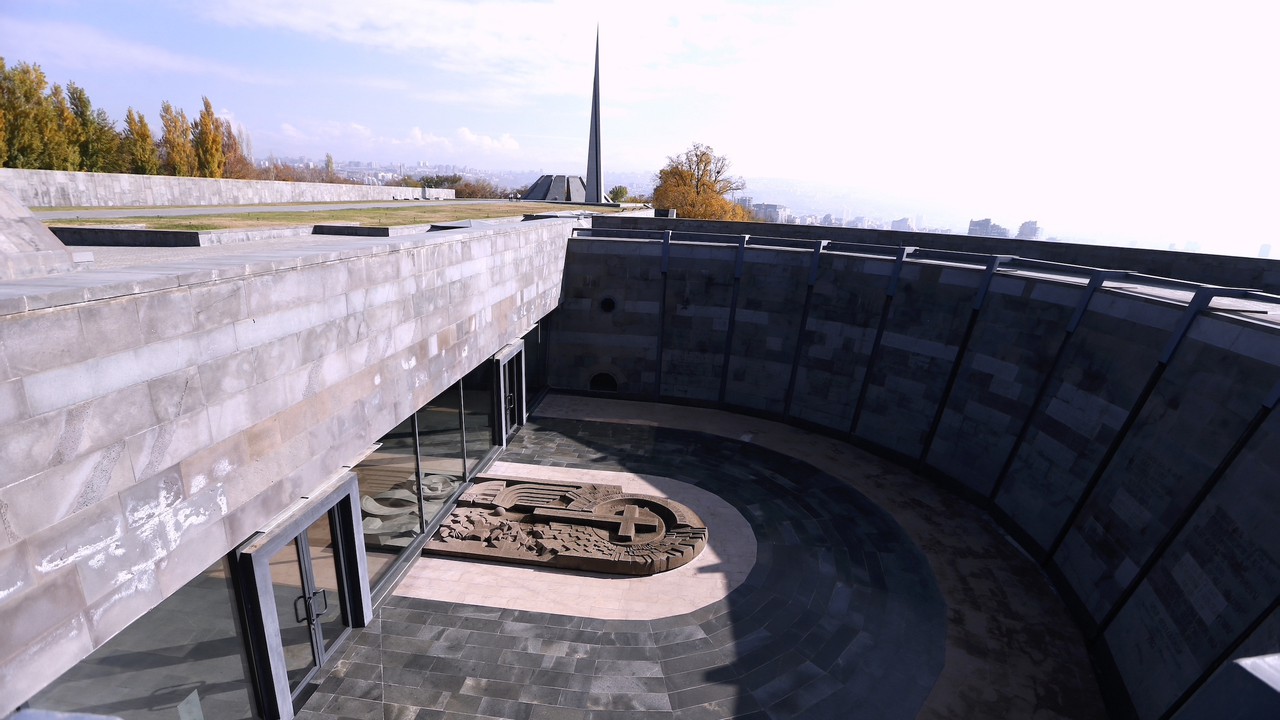 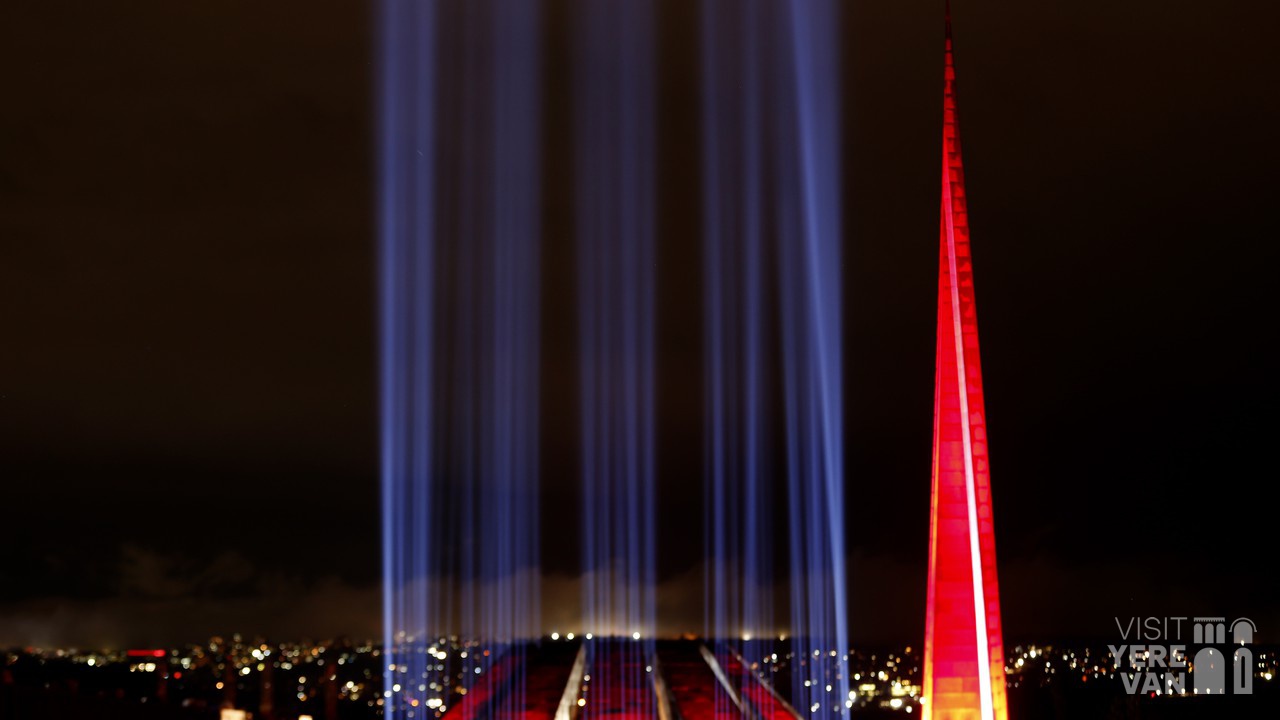 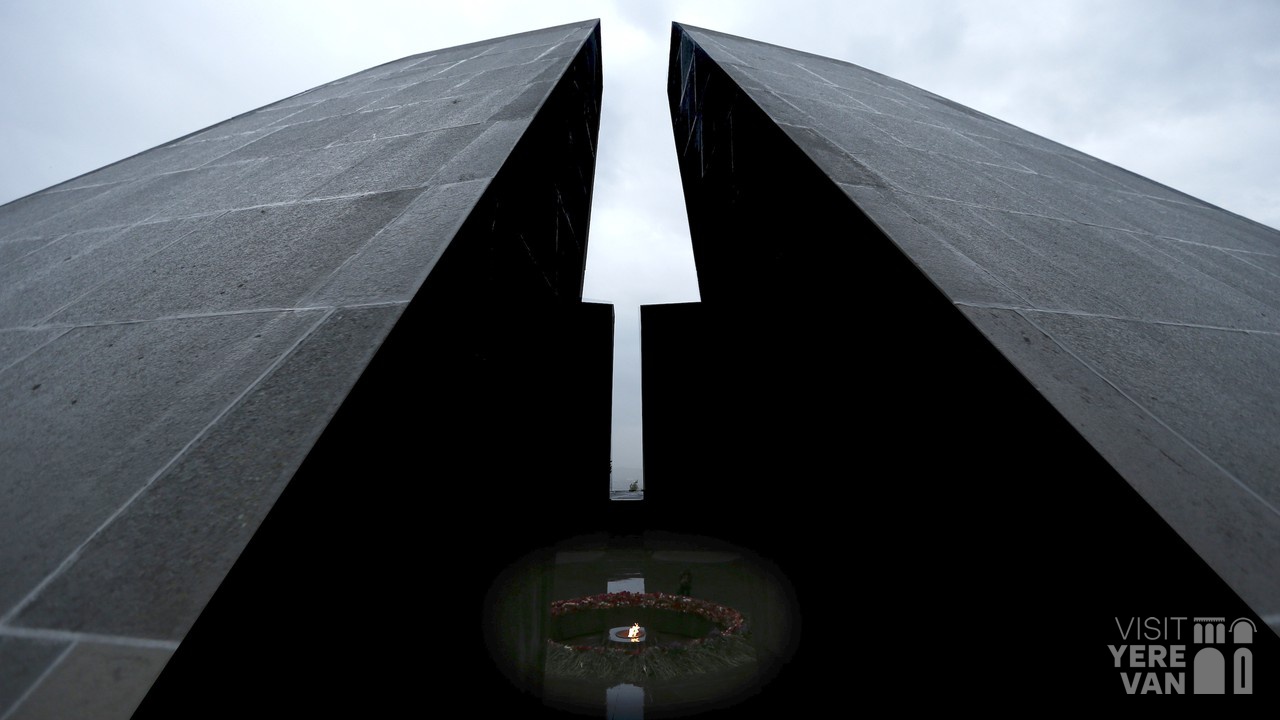 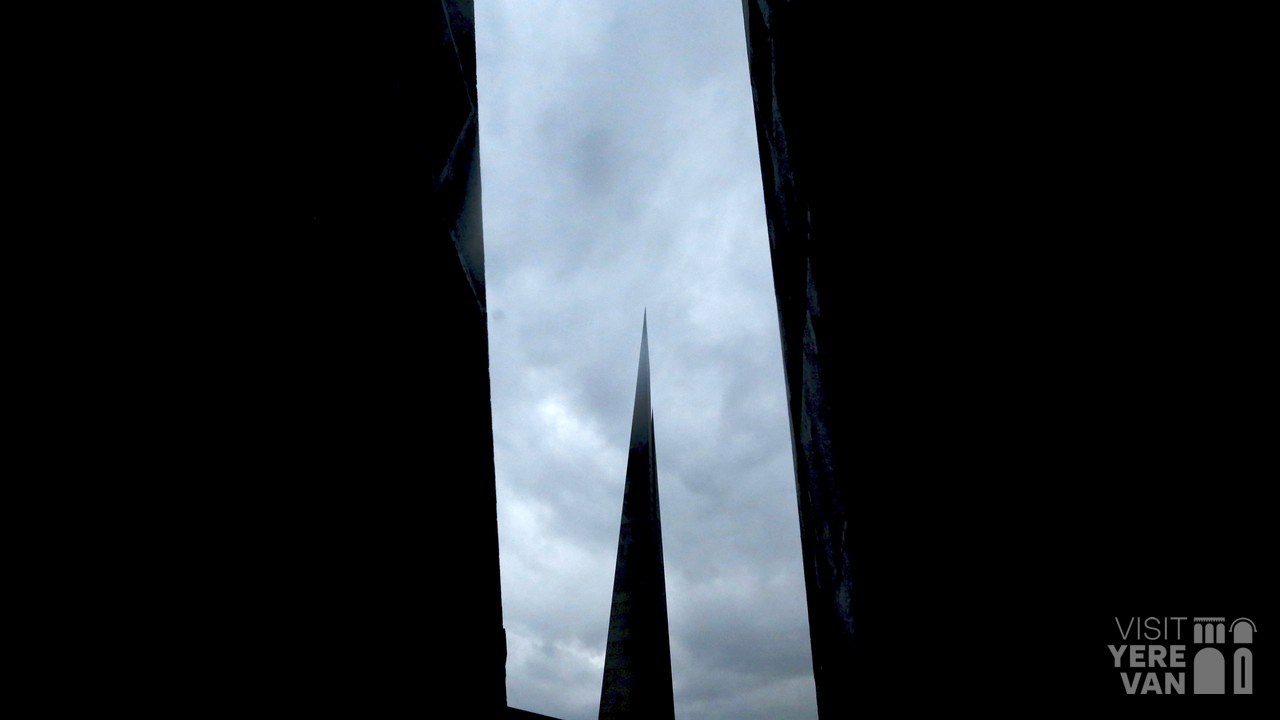 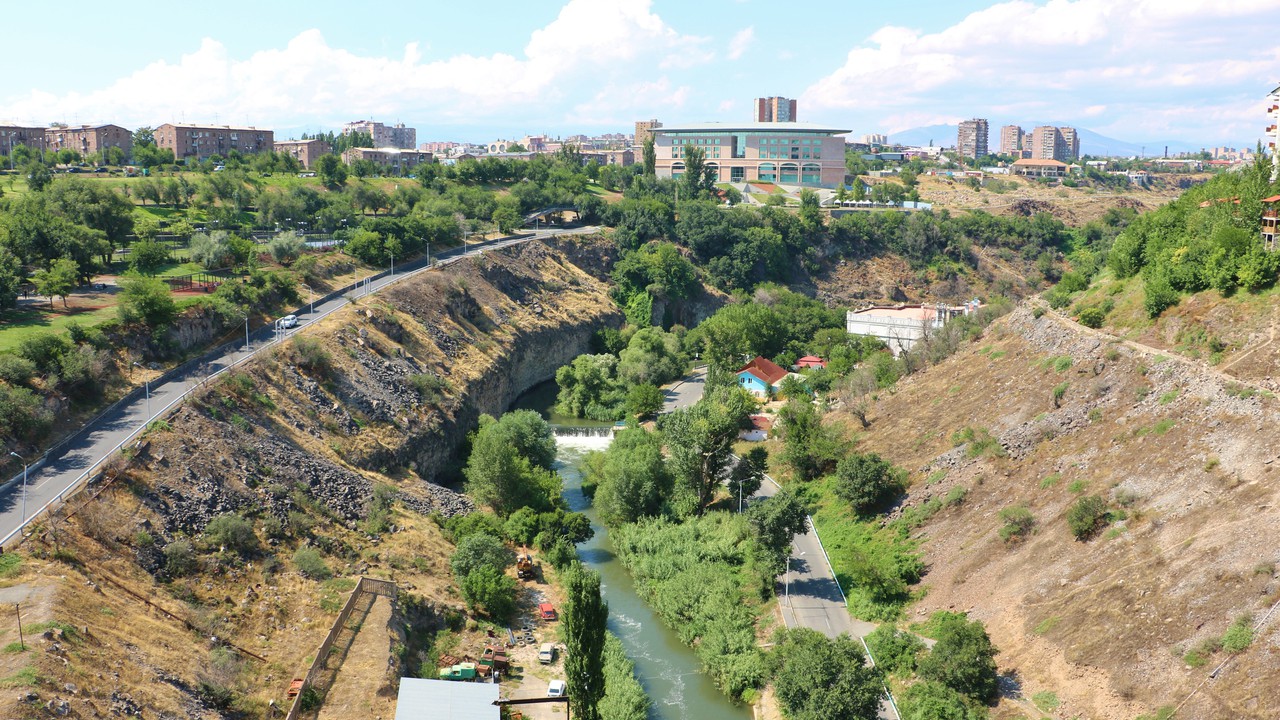 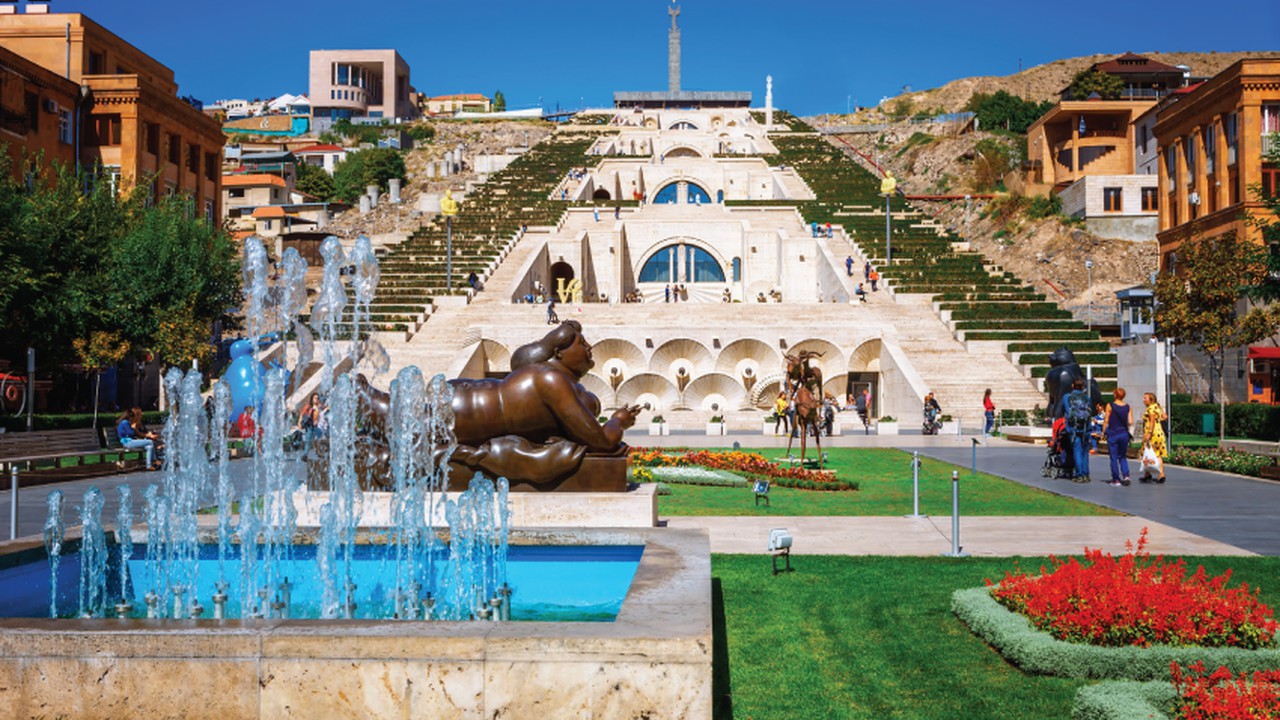